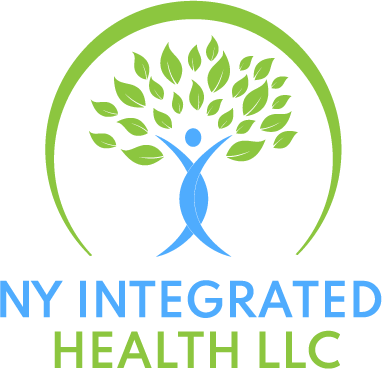 Excessive toxicity from today?s environmental exposures, commercial foods and internal infections harm our cells. This is also known as cellular metabolic dysfunction, as the toxins enter the molecular structure of our cells. The toxins create tremendous harm, and that limits the cell?s ability to perform its daily duties!

When our cell walls become damaged and porous, the energy center in the cell, called the mitochondria, gets damaged too. Imagine this as if the software program inside the cell becomes altered and now the cell does not do the job it is designed to do. This becomes a great problem for our bodies and it will induce ongoing fatigue, sustained inflammation and mysterious pain, and lack of brainpower for daily tasks.

And what else plays a role in our ability to get rid of toxins? Methylation.
Methylation is a biochemical process that protects our DNA inside the cells, and it facilitates getting rid of toxins in every cell. What we eat , how we live, emotional trauma, vaccinations and poisonous substances we are exposed to affect this important biochemical process. For it to occur optimally, we need a select group of vitamins and minerals, especially vitamin b6, B12 , zinc, magnesium and selenium. Methylation happens in every cell, but especially in the liver ? over a billion times a day. This is hard to imagine! 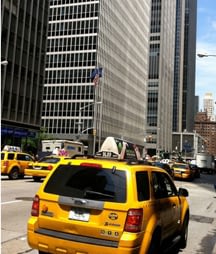 Why does this process matter regarding detoxification and our ability to become well?

Methylation creates and recycles an important anti-oxidant called glutathione (GSH). We need glutathione to help us get rid of poisons and toxins. Individuals who are diagnosed with cancer, or suffer from persistent or chronic Lyme, often have low levels of glutathione. This makes it very difficult for their bodies to get rid of infections and toxins. Both inflame the body and contribute to ongoing sickness.

Some individuals have genetic predispositions, or glitches, that affect this biochemical detox pathway. Imagine this like a car where not all pieces of a car are present, thus the car does not drive very well and is at risk of breaking down along the way. If not all nutrients are available, this biochemical process does not work very well, just like the car analogy.The body does it?s darnedest to compensate but it will not operate optimally. Environmental toxins can accumulate, have metals add another burden, and infectious endotoxins build up too. In addition, methylation affects how an individual tolerates and metabolizes medications, alcohol, antibiotics and anti-microbial herbal therapies.

Biochemical irregularities are called methylation defects, and they affect various gene markers that can be tested in your saliva or blood. Individuals with methylation challenges often have multiple health, neurological, and mental ‘unwellness’ symptoms. This is not (yet) accepted in conventional medicine or psychopharmacology.

The brain and brain chemicals, called neurotransmitters, are specifically more influenced by challenges in biochemical process. The insufficient clearing of bodily toxins?including heavy metals and toxic mold exposures, pesticides, plus toxins from chronic infections such as Lyme disease or a Bartonella infection?will especially impact the brain.

The genetic mutations are called polymorphisms, and there are multiple variations. It can mean that some individuals detox too fast (overmethylate) and others too slow (undermethylate). It is important to note that individuals often present the opposite reaction to medications, supplements, and herbal applications when genetic glitches are present.

What about testing regarding methylation if I have chronic health problems?

Genetic testing can be done with a saliva test called 23andMe, which needs to be interpreted by a professional. Again, it will show information about genetic vulnerability; it will not determine genetic expression.

In conventional blood labs, large red blood cells, elevated homocysteine and CRP (C – Reactive Protein, an inflammatory marker) can indicate irregularities in the methylation pathway.
This particularly affects the B12/folate mechanism. Nutrients, i.e. activated vitamin B vitamins (especially P-5-P, methyl folate, zinc, SAMe, homocysteine, hydroxocobalamin B12, magnesium, taurine and other nutrients) come into play to support methylation challenges. Consult with a practitioner if the above discussion resonates with you as this might be a missing piece in your treatment protocol.

Methylation plays an important role with chronic Lyme, biotoxins from mold exposures and Spectrum-related disorders.Even though it plays a important role, it is a spoke in a wheel. Nutrition, lifestyle, emotional wellness, stress, infections, toxic exposures and trauma all are other spokes in the wheel that must be considered in the landscape of wellness.